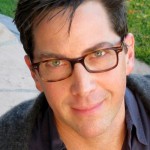 The 2013 Primetime Creative Arts Emmy Awards took place on Sunday at the Nokia Theatre, Los Angeles, California. It was a big day for Dan Bucatinsky, as the Scandal star won the Emmy for the category of ‘Outstanding Guest Actor in a Drama Series’. Among the other nominees for this category was Michael J. Fox for “The Good Wife”, Robert Morse for “Mad Men”, Nathan Lane for “The Good Wife”, Rupert Friend for “Homeland” and Harry Hamlin for “Mad Men”. Bucatinsky was enthralled to receive his first Emmy, which, in fact was Scandal’s first Emmy as well! Bucatinsky has also been nominated previously as the Executive Producer of “Web Therapy” and “Who Do You Think You Are?” 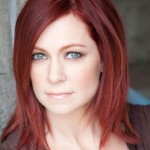 On the other hand, Carry Preston bagged the Emmy for her performance on “The Good Wife” as she won the award for Outstanding Guest Actress in a Drama Series. Among the other nominees for the female category were Jane Fonda for HBO’s “The Newsroom”, Linda Cardellini for “Mad Men”, Joan Cusack for “Shameless”, Margo Martindale for “The Americans” and Diana Rigg for “Game of Thrones.”

Carry was equally overwhelmed as this was the first time she was nominated for an Emmy and indeed, her first win! Preston’s character is a recurring one on “The Good Wife” and along with that she is also seen on “Person of Interest” and is a regular on HBO’s “True Blood”. She will be soon returning to “The Good Wife” and will start afresh with the new season of “The Following”. Congratulations to both the artists!