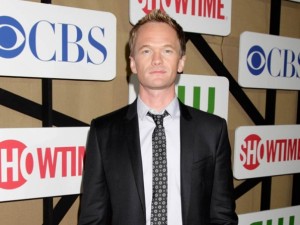 The longest wait-for-it ever?

It seems as if that’s exactly what we can expect when How I Met Your Mother returns for its farewell season next month.

When I think of the phrase “the longest wait-for-it-ever” I can’t help but think of the obvious situation – the mother.  I know, it’s just that obvious, but really, it has been one of the longest cliffhangers in the history of television.  And yes, I realize that I am being incredibly literal here.

According to Neil Patrick Harris in a recent interview at the CBS Fall Preview, the upcoming season of the sitcom is going to introduce us to her – the mother, who is still nameless as of the season 8 finale.  He explained that we will really meet her, as opposed to Ted meeting her for the first time and then the screen cuts to credits, and will root for her.  The mother will be her own part of the show, not just an ingredient in Ted’s narrative, and I have to say, I’m very excited to see the way the final season plays out.

We know that the show’s final season will take place during Barney and Robin’s wedding weekend, so it stands to believe that the mother will likely meet everyone else before she actually meets Ted.  So really, there are many, many sub-stories the writers can spin for us in the coming season.

The show originally premiered almost eight years ago, and though I can’t say I was there from the very beginning, I’m here to see it through to the end. After spending an entire summer recording HIMYM repeats on my DVR and watching them as quickly as I possibly could, I’ve grown to love these characters, the bar and booth, the yellow umbrella, and everyone’s favorite chauffer, Ranjit.  Let’s see if I’ll love the mother just as much.

Settle in for the longest wait-for-it, everyone.  Season 9 of How I Met Your Mother premieres Monday, September 23rd on CBS.

You can see the interview with Neil Patrick Harris, here.