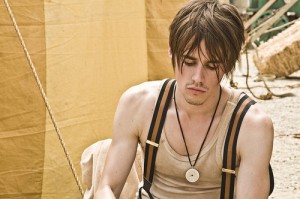 From John Logan (Skyfall), Sam Mendes (American Beauty), and Pippa Harris (Revolutionary Road), Penny Dreadful will weave together the origin stories of several literary characters, including Dr. Frankenstein, Dracula, and Gray, tying them together through the theme of alienation and loneliness. The Impossible director Juan Antonio Bayona will be helming the first two episodes of the psychosexual series, which seems in line for a summer 2014 debut at the absolute latest. Given the network’s lack of a spring drama following the cancellation of The Borgias, though, there’s a chance that it could see the light of day as early as April, when it would air along with the sixth season of Nurse Jackie and the seventh season of Californication.

In addition to his role as Peter Parker/Spider-Man on the ill-fated Broadway production, Carney also appeared in the 2010 film adaptation of Shakespeare’s The Tempest. He joins a cast that includes Josh Hartnett (Black Hawk Down) as a charming American drawn into the secret worlds located within Victorian London, Eva Green (Casino Royale) as a seductive beauty with dangerous complexity, and Timothy Dalton (The Living Daylights) as an African explorer on a quest that brings him to London. Green will reportedly be the only female in the ensemble, which will continue to add members in the coming weeks.

Penny Dreadful is scheduled to begin production on its eight-episode first season this October in London for a 2014 premiere.

Does Penny Dreadful sound like something you would enjoy? What do you think of the concept of bringing literary characters to life in one setting? Which Showtime series would you like to see Penny Dreadful air along with?