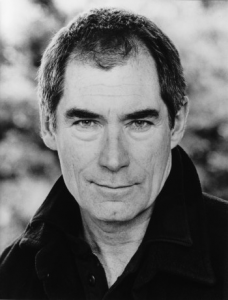 Showtime has announced that Timothy Dalton (License to Kill) has joined upcoming psychological thriller Penny Dreadful. He’s set to play Sir Malcolm, an African explorer on a meaningful quest that brings him to London. No other details about his character have been released as of yet.

From John Logan (Aviator), Sam Mendes (American Beauty), and Pippa Harris (Revolutionary Road), and to be directed by Juan Antonio Bayona (The Impossible), Penny Dreadful is said to “weave classic horror origin stories as the characters grapple with their monstrous alienation.” The series will introduce Dr. Frankenstein, Dorian Grey, and characters from Dracula, as well as other horror figures, into Victorian London, though they’ll appear not as monsters or supernatural figures, but as lost souls in the city.

In addition to his time as James Bond in two films (the other being The Living Daylights), Dalton has appeared on the likes of Chuck, Doctor Who, and Framed. He joins previously cast Josh Hartnett and Eva Green, who will be playing a charming American who becomes exposed to the hidden secrets of Victorian society and a seductive beauty whose hidden complexity makes her all the more dangerous, respectively.

Penny Dreadful will begin production this fall for a 2014 premiere. No concrete details have been released about when the show’s eight-episode first season could premiere, though there’s a spot open in spring following the cancellation of The Borgias and one open in summer with Dexter signing off. Word of a premiere date should be announced later this year or, at the very latest, at the Showtime January TCA presentation. At the most recent January session, the network picked the show up to series.

Will you be watching Penny Dreadful? Are you surprised to see Dalton join an American television program as a series regular at this point in his career? Who else would you like to see join the cast?