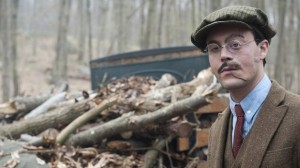 HBO has released several previews for the upcoming fourth season of Boardwalk Empire meant to spotlight the locations that will be central to the action, as well as who could be the man to knock Nucky off of his throne in Atlantic City and two peripheral characters who provide the comic relief.

Season four of Boardwalk Empire looks to split the action between Atlantic City, where Nucky has assumed his role of kingpin once again following the fall of Gyp Rosetti and the retreat of Joe Masseria; Harlem, home to Dr. Valentin Narcisse, who could challenge Mr. Thompson’s recently reacquired authority in the city; Chicago, as Van Alden is torn between the newly arrived Capone brothers and Dean O’Banion in terms of who he’ll pledge his allegiance to; and New York City, home to Lansky, Luciano, and Rothstein, the latter arguably the most dangerous man in Nucky’s orbit.

While Thompson’s triumph over Rosetti could have sent the message that he’s a much tougher gangster than what people give him credit for, subsequently scaring off anyone trying to come for his title, it seems as if it only made people hungrier to take him out, to prove that they’re even tougher for bringing down the revitalized kingpin. There’s also the matter that he’s still in charge of several extremely lucrative businesses that would be up for grabs should he ever lose his life, so combine that with the overall value of Atlantic City in terms of water access and relative lack of competition and Nucky will still have to be on the balls of his feet in order to keep up with those who wish to see him fall.

The fourth season of Boardwalk Empire is set to premiere Sunday, September 8th at 9:00 on HBO. You can check out spoilers for the first four episodes here.

Will you be watching Boardwalk Empire this season? What type of adversary for Nucky will Dr. Narcisse prove to be? Who are you most looking forward to catching up with once the season begins?