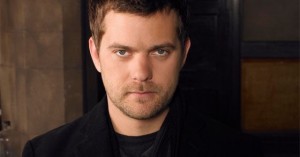 Showtime has announced that Fringe alum Joshua Jackson has signed on for a role in drama pilot The Affair. He’s set to play Cole, a cowboy who manages the ranch that’s been in his family for years and husband of Ruth Wilson’s waitress Alice, a woman recovering from a recent tragedy.

One of two drama pilots currently in contention at the network, the other people contemporary thriller The Vatican, The Affair tells the story of two marriages that are torn apart by an indiscretion. History teacher Noah (Dominic West) has a chance encounter with Alice in the pancake house she works at and the two quickly begin having an affair underneath the noses of Cole and Helen (Maura Tierney), Noah’s wife of 17 years and mother to his two children. The series, from In Treatment’s Sarah Treem and Hagai Levi, is said to switch between a male and female perspective on the matter.

It seems possible that Showtime might end up picking both The Affair and The Vatican up to series, given that Dexter will be signing off next month and The Borgias was canceled earlier this summer. Granted, they’ve already ordered a new series in psychological thriller Penny Dreadful, but with its limited run and the all-star casts the network has been assembling, they might not be able to resist both series, especially since their subscriber numbers have only been increasing in recent years. Given Penny Dreadful‘s series order and The Vatican already being finished with pilot production, The Affair is third in line at the network in terms of positioning and readiness, since Jackson is the last of the four main characters to be cast, so if Showtime is completely taken by the pilot and opts to pick it up, there simply might not be enough room on the schedule until 2015.

In addition to his role as Peter Bishop on the FOX sci-fi drama, Jackson was a series regular on Dawson’s Creek for the entirety of its six season run.

Does The Affair sound like something you would watch? What do you think about the primary cast the pilot has assembled? Which Showtime series would you like to see it paired with, should it be picked up to series.