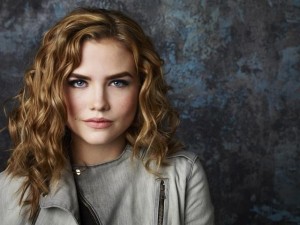 Throughout this season of Twisted, Tess has seemed like someone who knew more than she was letting on. Whether it be her past history with Vik, her tenuous relationship with Karen, or the degree to which she’s defended Jo and chastised Kyle, there’s something about the way she’s handled herself that indicates either withheld information or a connection to either Tara’s or Regina’s murder that has yet to be exposed. It’s not necessarily that she’s the one responsible for either murder or that she actually killed Regina; it’s that she’s close enough to the crimes and has enough links to the key players where it doesn’t make sense that she’s as in the dark as she’s been portrayed thus far. Coming up on Twisted, we begin to see just how deeply Tess is involved in the investigation and to what extent her knowledge of what happened has been hidden by her behavior and general secrecy.

Tuesday, August 13th – “Poison of Interest”
When Coach Chandler takes the blame for covering up the soccer team poisoning scandal, Regina’s mother Gloria (Jessica Tuck) targets Danny for expulsion, leaving even his friends unsure if they should defend him. Meanwhile, Kyle finds a troubling connection between the Desai family and Green Grove City Hall, and is even more dismayed when he learns the mayor (Christopher Cousins), has hired another investigator (Stacy Haiduk) to look into Regina’s murder. And Rico scrambles to stop the spread of a revealing video that could rip friendships apart and hurt someone he cares about deeply.

Tuesday, August 20th – “Socio Studies 101”
The episode, entitled “Twisted: Socio Studies 101,” will take a look at the pivotal moments that changed the course of Regina’s murder investigation, and of friendships and romances both old and new. The recap takes us back to Danny Desai’s (Avan Jogia) first day back in Green Grove after spending five years in juvenile detention for the mysterious murder of his aunt. Immediately branded a “socio,” Danny tries to reconnect with his two female best friends from childhood Jo and Lacey (Maddie Hasson and Kylie Bunbury). He becomes the prime suspect when a fellow student is found dead in her home and the twists and turns of the murder mystery begin to unravel amidst high school romance and heartbreak and small town lies, secrets and scandal.

Tuesday, August 27th – “Out with the In-Crowd”
A confrontation between Danny and Archie at a soccer team party reveals treachery lurking among the in-crowd. Lacey must make a choice to keep her popular friends, at Danny’s expense, or speak out for what she thinks is right. Tyler continues to pursue Jo and Jo makes a decision she might regret. Lacey also discovers that Phoebe may hold the key to unlocking new clues about Regina’s mysterious past. Meanwhile, Kyle’s suspicions rise when private investigator Marilyn unearths shocking new evidence to refute Karen’s confession. And Tess realizes it’s time to call on the help of an old friend.

What do you think will be revealed at the soccer team party? Who will Tess call to help in the investigation? Is Jo going to give Tyler another chance, even with what happened at Danny’s party?