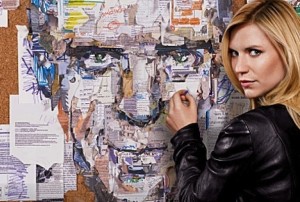 When we last saw Nicholas Brody on Homeland, he was saying his last goodbyes to Carrie before being set free to find the anonymity he needed to avoid being picked up by the CIA. Once she let him go, he was on his own to either change his identity and attempt to live in as small of a North American town as he could find or come up with a way to make it overseas and into a country that had no clue what a Nicholas Brody even was. Unfortunately for him, his disappearance not only crushes his family’s hopes of ever being normal again, it ignites a global manhunt for the man suspected in the bombing that took out several key figures in the United States government.

Said bombing has left Carrie and Saul to deal with a resulting media firestorm, including a Senatorial investigation and hearings that could make or break the professional reputations they’ve been crafting for years. Carrie has the added bonus of having to be a part of a mission to apprehend the man she loves, the man she helped escape the country and evade apprehension from her colleagues. However, there’s no time for letting her personal feelings get in the way of her professional obligations, not when a successful capture and trial of Brody could get the heat off the CIA and allow Saul some breathing room as acting head of the department. Will Carrie be able to go through with the mission and keep her wits about her as she goes after Brody?

The third season of Homeland is set to premiere Sunday, September 29th at 9:00 on Showtime. You can check out the trailer for Homeland’s lead-out, period drama Masters of Sex, here.

Where do you think Brody is when we first check in with him this season? Should the show kill him off sometime during season three? Will Carrie and Saul be able to escape the media firestorm without much damage to their professional reputations?