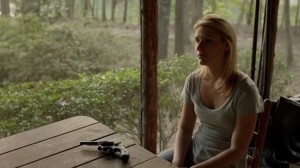 According to The Hollywood Reporter, The Bridge showrunner Meredith Stiehm has departed the FX crime drama after one season, opting to return to Emmy-winning Showtime drama Homeland, which she worked on for the first two seasons. Stiehm inked a deal that brings her back to Homeland for its upcoming fourth season, as well as a yet-to-be ordered fifth season, reportedly due to a contentious working relationship with co-showrunner Elwood Reid. Reid, a novelist without experience in television, will serve as the lone showrunner for the second season of The Bridge.

Homeland showrunner Alex Gansa has already enlisted Stiehm to pen the finale for the polarizing third season, set to air next month. Stiehm was responsible for some of the show’s most acclaimed episodes for it the first two seasons of its run, including “The Weekend” (Brody and Carrie go to the cabin), “The Vest” (which won Claire Danes her Emmy for season one), and “The Choice” (the second season finale). Stiehm previously wrote for the likes of ER, NYPD Blue, and Cold Case, the latter of which she created.

This could wind up being a wise move for all parties involved. Homeland welcomes back one of its most revered writers following a season that has seen the show fall out of critical favor, while The Bridge, which sometimes had trouble with figuring out what it wanted to be, gets more stable leadership and a clearer creative voice. There’s no guarantee that Homeland rediscovers itself during season four or that The Bridge decides which road it wants to travel down, or that it even picks the right one to go down, but for the moment, both shows are better off than they were before this move was made.

The Bridge returns for its second season next July on FX, while Homeland currently airs Sundays at 9:00 on Showtime.

Does the move make you more optimistic for Homeland‘s future? How do you think that The Bridge will deal with the departure of Stiehm? Is the possibility of creative in-fighting the reason we don’t see many co-showrunners? 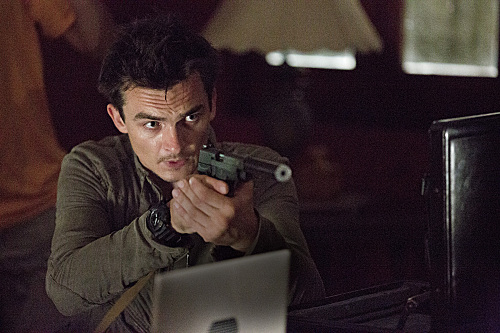