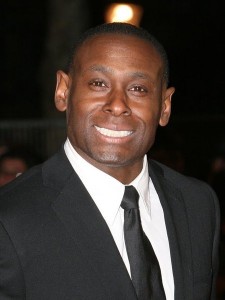 The British actor, David Harewood will be co-starring with Brendan Gleeson in HBO’s drama ‘Money’. Harewood, renowned for playing David Estes in the Emmy Award winner Homeland has joined the team of David Milch HBO pilot.

The drama series, ‘Money’ has been written and executive-produced by Milch, along with Frank Rich and Art and John Linson. The show will be directed by Justin Chadwick. The plot of Money surrounds the main character of the show, James Castman (played by Brendan Gleeson), who is a dynamic entrepreneur and media icon who is all about power and uses it as an influencer to build his empire and overpower his family.

Nathan Lane also stars in the show, who portrays the role of a New York Herald Reporter, Gordon, always hungry to cover hot and exclusive stories.

We have seen Harewood play the CIA boss of Saul (Mandy Patinkin) and Carrie (Claire Danes) on Homeland, who will be playing Kurt Corbitt in ‘Money’.  His character is this lavish, lively, short-tempered guy, who is the CEO of Castman’s parent company.

Harewood is represented by the APA and Authentic Talent and Literary Management, quire recently came together with his former Homeland producers, Alex Cary, Howard Gordon and Alex Gansa for their CBS pilot, Anatomy of Violence, but the show could not be carried forward. The talented actor has to his credits, featuring in The Merchant of Venice, Blood Diamond and Strings.