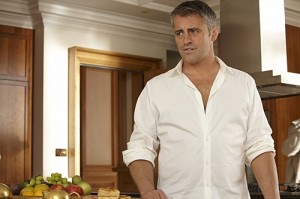 At their TCA session today, Showtime announced that Shameless, House of Lies, and Episodes will be premiering their next seasons on Sunday, January 12th, 2014. While this marks the fourth and third year in a row that the first two bow in the first quarter, the latter is set to return to January after airing its second season during the summer of 2012. By the time its third season premieres, it will have been on nearly an 18-month hiatus.

As a result of the scheduling alteration, the seventh season of Californication has been bounced to April, where it will air alongside the sixth season of Nurse Jackie. This will be the David Duchovny’s second major move in its run after going from fall to winter in 2011, where it joined Shameless and then-fledgling comedy House of Lies. Due to the cancellation of The Borgias, a new drama will likely be premiering alongside the two veteran comedies this spring; contenders for this spot include psychological thriller Penny Dreadful, starring Josh Hartnett and Eva Green, and The Vatican, starring Kyle Chandler as the Archbishop of New York.

The only hole left in the Showtime schedule for next year is their summer programming. Ray Donovan will be returning for a second season, but there’s no word yet on what they’ll be pairing it with. Aside from Penny Dreadful and The Vatican, the network has hour-long The Affair, starring Dominic West and Ruth Wilson, in development, though that series only made its second casting today. Should it be ordered to series, it likely wouldn’t debut until sometime in 2015.

What do you think will happen on Shameless next season? Will the pod ever reform on House of Lies? Is there a chance that Merc’s successor at the network will save Pucks from cancellation?