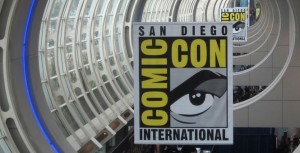 Miss any of the news that came from Comic-Con? TVHackr has compiled every trailer (featuring new footage) and news item that was released during 2013 San Diego Comic-Con, which came to an end yesterday. The post doesn’t include special panel videos, the panels themselves, series highlight reels, or trailers that have already been posted.

There will be two additional new faces joining Arrow this season, as Kevin Alejandro (True Blood) and Michael Jai White (Black Dynamite) are set to play vengeful alderman Sebastian Blood (aka Brother Blood) and Ben Taylor, a claw-wielding assassin otherwise known as the Bronze Tiger, respectively. The latter will also be forming an alliance with China White.

-Amy Acker (Angel) has been promoted to a series regular on Person of Interest, where she’s portrayed Machiavellian cyber-hacker Root in seven episodes. There’ll also be an opportunity for fans to join in the series with the Person of Interest Social Photo Opportunity, which will give the show’s fans on Facebook the ability to submit photos for a chance to become a “person of interest” at some point during season three. Information will be released in the coming weeks on the Person of Interest Facebook page.

-AMC has announced that Talking Dead host Chris Hardwick will be anchoring Talking Bad, its recently announced Breaking Bad aftershow that will air every Sunday at 11:00 beginning August 11th. Like Dead, Talking Bad features Hardwick recapping that night’s Breaking Bad episode, taking questions and comments from viewers, and interviewing those associated with the show (actors, producers) and TV experts alike. The final eight episodes of Breaking Bad will premiere earlier that night at 9:00.

-A balloon of Finn and Jake from Cartoon Network’s Adventure Time will fly in this year’s Macy’s Thanksgiving Day Parade on November 28th. It marks the first time the Emmy nominated animated series will be featured.

–Per TVLine, Supernatural executive producer Bob Singer confirmed that a spin-off of the show is in the works. Reportedly to be centered on a new character via a backdoor pilot later in the season, the series is said to be more “citified” than its mothership. The ninth season of Supernatural is set to premiere Tuesday, October 15th at 9:00.

–Revolution has added Stephen Collins (7th Heaven) to its cast for the second season. The veteran actor will be playing Rachel’s father, according to TV Guide.

-A Simpsons/Family Guy crossover will be airing in the fall of 2014, according to FOX. “The Simpsons Guy” finds the Griffins ending up in Springfield and being fully embraced by the Simpson family. Also in Family Guy news, the show is having a contest for those who think they have the best Stewie Griffin impression around. Fans can send in their best Stewie on the I am Stewie section of FamilyGuy.com, with the winner (selected by producers) having their voice featured in the upcoming season premiere and earning a three-day/two-night trip for two to attend Family Guy Live at the Just4Laughs Festival in Toronto, on Saturday, Sept. 28, 2013.

–Once Upon a Time in Wonderland has cast Lost alum Naveen Andrews as Jafar, the evil Royal Vizier of Agrabah first seen in Aladdin, according to TV Guide.

-USA has revealed the winner of the Psych fan-voted storyline contest. The network gave the show’s fanbase the chance to decide on a storyline for an upcoming season eight episode and the winner turned out to be “A Nightmare on State Street,” an episode that will feature Gus in dream therapy to understand the cause of his recent night terrors. Also announced was a two-hour musical episode, set to air Sunday, December 15th; Gus and Shawn will have to track down a playwright deemed criminally insane and eventually get led back to someone from Shawn’s past.