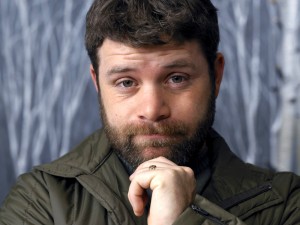 FX”s drama pilot The Strain has added three players to its expanding cast in Robert Maillet (Pacific Rim), Sean Astin (The Goonies), and Francis Capra (Veronica Mars). Maillet is set to be the show”s villain The Master, a mysterious man who comes to New York from Europe and plots a takeover of the world, while Astin CDC Administrator Jim Kent, one of the co-workers of Dr. Ephraim Goodweather, the show”s protagonist. The only recurring player of the three, Capra has signed on to play Crispin, a mid-30s scammer who is always on the lookout for the easy and high-paying way out.

Based on the series of novels of the same name, The Strain stars Corey Stoll as Dr. Goodweather, the head of the Center for Disease Control Canary Team in New York City. He”s put in charge of investigating a mysterious outbreak that looks like an ancient strain of vampirism and, should it not be contained, could bring the world as we know it to its knees. The pilot, which will be directed by Guillermo del Toro, also stars the likes of Oscar nominee John Hurt (V For Vendetta) as Holocaust survivor and pawn shop owner Abraham Setrakian; Mia Maestro (Frida) as biochemist Dr. Nora Martinez, who must become a warrior in order to survive; and Lauren Lee Smith (Trick “r Treat) as Ephraim”s ex-wife Kelly, who avoids his warnings about the contagion and might pay the ultimate price because of that.

FX is said to be eyeing a 13-episode pickup of the show, which is set to begin principal photography on its pilot episode in September. The network has one other drama pilot in contention in Howard Gordon”s Tyrant, following an unassuming American family drawn into the workings of a turbulent Middle Eastern nation.

Will you be watching The Strain if it gets picked up to series? If you”ve read the novels, how do you think a filmed adaptation will turn out? Is it exciting that people like del Toro are getting involved in television?