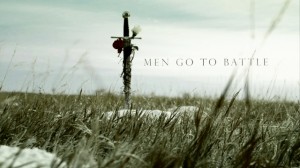 In the year 1464, the House of York has won out over the House of Lancaster and Edward IV (Max Irons) is crowned the King of England, a victory that will change the course of the country. It should be a time of celebration for the Yorks, as they managed to wrestle control of England away from their rivals and will have their interests well-served by their young leader, but things take an unexpected turn when Edward falls in love with the wrong girl – Elizabeth Woodville (Rebecca Ferguson), a Lancastrian commoner who is forced to abandon her beliefs in order to be with the man she loves. On Starz’s upcoming period drama The White Queen, though, the hunt for the throne has not ended with Edward’s crowning; it’s only just begun.

Aside from Elizabeth, there are two other women who have their eyes on the throne and will stop at nothing to achieve the glory that has eluded them thus far. Lancastrian Margaret Beaufort (Amanda Hale) is considered to be Woodville’s fiercest rival, a woman convinced that her young son Henry is the true heir to the English throne, while Anne Neville (Faye Marsay) has been a pawn to her father, “Kingmaker” Lord Chadwick aka the man responsible for Edward winning the crown in the first place. With these three women vying for the same goal and constantly running into one another, something’s going to have to give and only one will be able to emerge as the true victor in the English unrest.

In addition to Irons, Ferguson, Hale, and Marsay, The White Queen stars the likes of David Oakes (The Borgias) as Edward’s brother George; Janet McTeer (Damages) as Elizabeth’s mother, who believes herself to be a sorceress; and James Frain (True Blood) as Lord Chadwick.

The series premiere of The White Queen airs Saturday, August 10th at 9:00 on Starz. You can check out a trailer for the series here.

Will you be watching The White Queen? How does the series overview make the show look? Do you think that the show will fill the void of The Borgias and The Tudors?