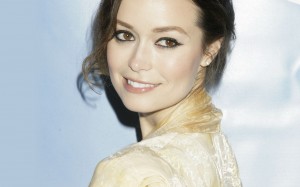 With the fall season only months away, several shows have been adding to their casts. House alum Lisa Edelstein is set to recur on Castle as a federal investigator whose appearance plays a vital role in Beckett’s decisions about her future, while Summer Glau joins Arrow on a recurring basis as Isabel Rochev, Vice President of Acquisitions of Stellmoor International, and Adam Lambert is confirmed to be appearing on Glee next season, though details of his role have been kept under wraps. Meanwhile, Cote de Pablo will be bidding farewell to NCIS after her contract expired and no agreement could be met. She will, however, appear during the fall to wrap up her character’s arc.

-ABC is set to air the final six episodes of Secret Millionaire on Sundays at 8:00 beginning August 4th. The series, narrated by Blair Underwood, was pulled last summer due to low ratings and will take over for Celebrity Wife Swap, which wraps the week prior.

-Comedian Josh Wolf will host Shark After Dark, Discovery’s attempt to capitalize on its upcoming Shark Week. Beginning Sunday, August 4th at 11:00, Wolf will lead viewers through an hour-long celebration of all things shark-related.

-USA has announced the existence of a five-episode Royal Pains webisode series, which chronicles Evan on his journey to claim a seat on the Hamptons Village Council. Fans can help vote for him to win the election here.

–Betty White’s Off Their Rockers has been canceled after two seasons, according to The Hollywood Reporter.

-Millennial-targeting network Pivot is set to premiere its first scripted series on August 1st in Please Like Me, a comedic-drama from Australian comic Josh Thomas. The series follows Josh as he heads towards his 21st birthday. In the span of 24 hours,  Josh is dumped by his girlfriend, realizes he may be gay and moves in with his  mother, who has just attempted suicide.

-HBO Films will produce a documentary about the recent victories for gay marriage activists, including the overturn of Prop 8 in California. The currently untitled film will be directed by Ben Cotner and Ryan White and debut sometime in 2014.

-NBC has ordered eight episodes of Wall of Fame, an hour-long comedic game show where one family can win big money if they can not only answer pop culture trivia questions correctly, but can also guess whether members of our celebrity “Wall of Fame” delivered the correct answers to those same questions.

-Nickelodeon’s Sam & Cat has been given 20 additional episodes after becoming the network’s biggest live-action debut in three years when it premiered in June.

–Intelligence showrunner Rene Echevarria has left the series in an amicable split. The series, which stars Josh Holloway as a Cyber Command agent with a microchip has been implanted in his brain that allows him to access the entire electromagnetic spectrum, premieres in February 2014.

-The subject of the next Comedy Central Roast will be James Franco, as the multi-hyphenate will be lambasted by his loved ones and admirers in August for a Labor Day premiere. Immediately after the ceremony, his documentary Francophrenia will debut on Comedy Central’s digital and VOD platforms. Past roastees include Pamela Anderson, Bob Saget, and Flavor Flav.