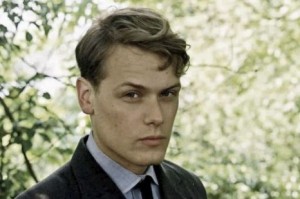 Starz has officially named the leading man in their adaptation of Diane Galabdon’s Outlander series of novels. Scottish actor Sam Heughan (Doctors) will be playing Jamie Fraser, an educated, strapping man from the 18th century who falls in love with the Claire Randall, a British army nurse transported from the 1940s back to Jamie’s time through mysterious circumstances. His casting was leaked late last week after an early tweet from the show’s Twitter account and confirmed today, with Gabaldon offering her support for the casting choice.

”From the very beginning, I knew the part of Jamie Fraser would be difficult to cast. I had no one in mind for the part.  I knew that someone would just come into the audition and be Jamie Fraser.  And that’s what Sam did,” added executive producer Ronald D. Moore (Battlestar Galactica) in a statement Tuesday. Moore will pen the adaptation of the series, whose first novel was released in 1991.

In addition to his role on Irish series Doctors, Heughan has appeared on the likes of Any Human Heart, Party Animals, and Island at War. This will be by far his biggest role to date, though, considering the huge audience the novel series has garnered in its two decades and the global reach that Starz will give the television adaptation. What remains to be seen is who will be playing Claire and how much chemistry the two will have, seeing as how a lot of the pull the novels have is the connection that forms between Jamie and Claire.

Outlander begins production in Scotland this fall for an expected spring 2014 debut. The series will be one of at least two debuts next year for Starz, with the other being Power from The Good Wife‘s Courtney Kemp Agboh.

Will you be watching Outlander next year? If you’re a fan of the novels, what do you think about the decision to cast Heughan as Jamie? Who do you think would make a good Claire?