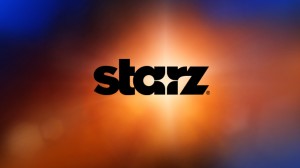 Starz has officially greenlit Power, an hour-long drama created by The Good Wife’s Courtney Kemp Agboh and executive produced by the likes of Curtis “50 Cent” Jackson, for an eight-episode first season. The series, slated to debut sometime in 2014, tells the story of a wealthy nightclub owner in New York City who is also the kingpin of a lucrative drug network. However, lately, he’s gotten tempted to leave his criminal life behind and become a completely legitimate businessman in order to support (and protect) his family to the best of his ability; the only problem is that it’s not quite so easy to leave that part of himself alone, particularly when there are many people whose livelihoods depend on him performing to the level that he had been.

Starz Chief Executive Officer Albrecht said, “We are thrilled to add Power to our growing original programming lineup for 2014.  Curtis has a unique and specific vision for the series, lending it an authenticity and voice rarely seen.  Courtney has created a rich world and characters not often explored in contemporary drama.  There is a rawness and soul to the character of Ghost as he struggles to live between these two worlds that we believe will leave an indelible mark on the audience and stay with them after the credits roll.”

The network is already set to premiere one new series next year in Black Sails, the Michael Bay-produced pirate drama that will take over for Spartacus. Power will likely premiere sometime next summer, due to Black Sails airing in winter and Da Vinci’s Demons in spring. Magic City, whose second season premieres tonight, is the network’s summer show and should it be renewed, would continue to be so, meaning that the only vulnerable part of the Starz lineup could be The White Queen, slated to premiere in August. Unless the network decides to begin doubling up on originals, something will have to be booted/delayed so that Power can squeeze into the 2014 lineup.

Does Power sound like something you would watch? Who do you think should be cast in the lead role? Would you like to see Starz expand its scripted presence and potentially air two new originals at a time?