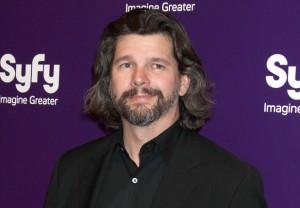 Starz has confirmed that it has ordered an adaptation of Diana Gabaldon’s Outlander novels to series, with 16 episodes set for the first season. Production will begin in Scotland this fall, with the series slated to debut sometime in 2014. No casting has been announced to this point, nor has any information about how much of the novels will be used during season one.

One thing that is confirmed, though, is that Battlestar Galactica‘s Ronald D. Moore will write the project. This will be Moore’s second series to hit the air in the coming months, as he created Syfy’s Helix, which debuts this fall.

“We are thrilled to be bringing Outlander to Starz next year,” said Chris Albrecht, CEO of Starz. “Diana has created an incredibly compelling heroine, thrust into a very complex world, not to mention, time. The books weave a fascinating tapestry of history, spirituality, love and honor, not to mention plenty of time travel, sex and warfare. With Diana’s stories guiding us and Ron’s mastery, we hope to bring Claire and Jamie to life for the millions of fans the world over.”

The seven-book series tells the story of a married combat nurse named Claire Randall who somehow gets transported to the year 1743, where she’s forced to marry Jamie Fraser, a young Scottish warrior. Although she didn’t plan to, she eventually falls for his charms and has to decide whether she wants to stay with Jamie or go back to the life (and husband) she once knew.

Starz recently picked up another one-hour drama in Power, created by The Good Wife‘s Courtney Kemp Agboh, that will follow a nightclub owner involved in a dangerous drug ring who decides he wants to go straight.

Will you be watching Outlander? Who do you think should be cast as Claire and Jamie? How much of the novels should be included in the first season?