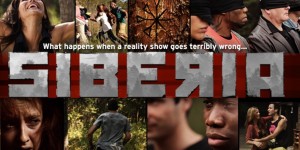 NBC has released the series premiere of upcoming drama Siberia a week before its television premiere. The series takes place during the filming of a reality television series in northern Tunguska, Siberia that involves 16 contestants and one critical injury that should require either taping to stop or a medevac to transport the contestant to a safe location for treatment. However, no help comes and the group soon discovers that the strange happenings they’ve encountered are a part of the show. To survive their time in Siberia, they’re going to have to band together and work alongside one another, though the stress of the situation will ensure that that won’t be as easy as it sounds.

The series is one of several scripted offerings NBC will be offering this summer, joining the likes of crime drama Crossing Lines and dramedy Camp, starring Rachel Griffiths, on the schedule. Though its premise was already limited in terms of how long it could feasible be sustainable, its chances of survival were dealt a rough blow when future timeslot rival Under the Dome became the most-watched summer drama premiere since 1992. Being that Siberia isn’t based on a known property, features no name-actors, will air on NBC, and arrives a week after a similar show bowed, it’ll be difficult for the show to gain a foothold on Monday nights, which have become extremely competitive this summer. However, many shows have stared down huge competition in the past and lived to tell the tale, so Siberia doesn’t need to become the next NBC blockbuster in order to secure another season – like its contestants, it just needs to survive.

Will you be watching Siberia this summer? Could this premise be extended over multiple seasons, should the show be successful? Is it a good idea for networks to release pilots early?