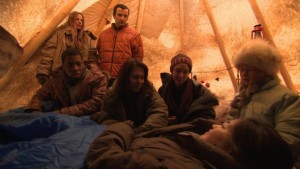 While those at the research facility have been living in relative comfort, getting their first tastes of electricity and caffeine since they first left for the show, the settlement group has been hit extremely hard by everything that’s happened since the contestants decided to split up. With three of them having disappeared, one coming back with wild stories and little credibility, and the other two unable to trust one another due to a deep deception, the camp is not a good place to be right now, not with a dwindling supply of food and not with the threats in the woods closing in.

On the next episode of Siberia, Sabina, Neeko, and Miljan have been abducted by the mysterious armed men that showed up at their cabin, who turn out to be a part of a hostile local tribe. Though their intentions aren’t yet clear, the team gets reunited with Irene once they make it back to the natives’ camp; as threatening as the men may have been, they would have had to actively work to keep Irene alive, so they might not be as dangerous as they let on. At least, if their intentions for keeping her around don’t have the type of sinister underpinning that would be unveiled now that more of her peers are in the same space as she is. Ironically, what could prove to be Irene’s greatest threat are the other contestants, should they get brave/foolish enough to try to escape with her in tow. It’s something of a miracle that she’s made it as far as she has, especially considering the condition that both her leg and spirit were in earlier this season, but if they get caught trying to sneak her out, Irene’s luck will have run its course.

Elsewhere on Siberia, the team at the research facility finds evidence of deadly experimentation that has been conducted there – and may have included them as subjects.

What do you think the tribe wants with the contestants? How has Irene survived this long away from the rest of the group? Will learning of the experimentation inspire those at the facility to leave for good? 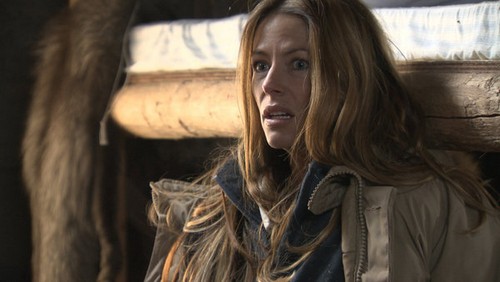