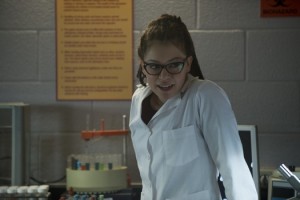 One of the major themes of BBC America’s Orphan Black is that people are more alike than we give them credit for. Yes, the reason that the identicals have been able to slip and slide into one another’s lives is their physical resemblance, but even those closest to them (Felix, Donnie, Ainsley) have been unable to tell any major differences in personality when switches have been made. We as people like to think that there’s no one like us and that every little nuance of our disposition couldn’t be replicated exactly, but in the end, the distance between us is much closer than anyone would like to admit.

On the next episode of Orphan Black, though, Cosima learns an important lesson that goes along with that. While people are more alike than we give them credit for, they’re also never exactly as they seem. Her relationship with Delphine has thus far been defined by physical (and intellectual) attraction, Cosima’s naturally rebellious nature pushing aside thoughts of the Frenchwoman being her monitor and focusing on the good times the two have together and the fact that her loneliness eases when they’re around each other. However, in deliberately avoiding the idea that Delphine isn’t simply a charming immunology student who pushed her sexual boundaries, Cosima has put herself and all the other identicals in danger. Delphine’s connection to the mysterious Dr. Leekie, and knowledge of the other clones thanks to a round of snooping, could ultimately lead to Sarah and Alison’s downfall. But has Cosima finally woken up to this fact? And if so, has she taken too long in accepting that Delphine is more of a threat than she would like her to be?

Elsewhere on Orphan Black, Sarah receives advice from Dr. Leekie after he finds out about her desire for vengeance over what happened to Kira.

Will Cosima be able to tear herself away from Delphine once she finds out the Frenchwoman’s true motives? Is Sarah listening to the advice of Dr. Leekie a sign that discord will remain among the identicals? Do you think that Kira will make it through what happened at the end of last week’s episode?