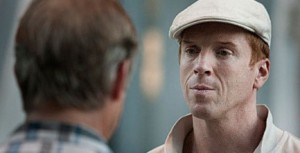 Showtime has revealed the slate of guest stars set to appear on the third season of Homeland. The season will pick up during the aftermath of the horrific terror attack that decimated the U.S. intelligence apparatus, and prompted a global manhunt for the world’s most wanted terrorist – Nicholas Brody. While Saul is trying to keep the CIA from imploding around him as he assumes the role of acting director, Carrie gets swept up in the political and media firestorm surrounding the terror attack and the subsequent search for Brody’s whereabouts. F. Murray Abraham and Sarita Choudhury have already been bumped up to series regular status for the coming season.

The third season of Homeland premieres Sunday, September 29th at 9:00 on Showtime.

Will you be watching Homeland this season? Where do you think the show will go following the events of the finale? What are you expecting to see from season three?