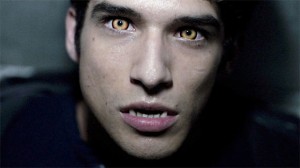 MTV has released the trailer for the first half of Teen Wolf‘s super-sized third season. The season takes place four months following the events of season two, with Scott McCall and his friends Stiles, Lydia and Allison begin their Junior year of high school unaware that a new threat has arrived in Beacon Hills. There’s a pack of alphas looking to wreak havoc on Scott’s life and keep him from becoming as strong of a wolf as he can be. Can McCall and his loved ones drive back the threat to their safety and restore some sense of stability to the sleepy town that they call home? Or will Beacon Hills never be the same again once the alphas invade and begin targeting Scott’s pack?

In addition to the release of the trailer, the network announced a 12-hour Teen Wolf marathon, set to begin at 10:00 a.m. on Monday, June 3rd and hosted by Tyler Posey, Tyler Hoechlin, Holland Roden and Daniel Sharman. They’ll be on hand to offer insights about episodes, answer fan questions and give behind-the-scenes tidbits

The third season of Teen Wolf premieres Monday, June 3rd at 10:00 on MTV. Season two of the show will be released on DVD tomorrow.

Will you be watching Teen Wolf this season? Did the trailer make you more excited for the season premiere? What are you expected from the first half of season three?