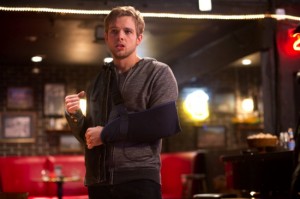 Norma Bates moved to White Pine Bay for a fresh start following the death of her husband on Bates Motel. This would be a way for her and Norma to leave behind the baggage of their old lives (and the questions into Sam’s death), putting the type of physical and emotional distance between themselves and the tragedy they were escaping from that makes moving on easier. However, ever since arriving, they’ve not had a chance to enjoy their surroundings, with the death of Keith Summers, the exposure of Detective Shelby’s participation in an Asian sex ring, and the arrival of mysterious man in black Jake Abernathy, who might be the big boss that Dylan reports to. Is there a way out for her and Norman, an opportunity for them to leave the motel and start over once again?

On the next episode of Bates Motel, Norma wants to leave town and escape the coming conflict with Jake. However, being that she’s trying to protect Norman, she doesn’t tell him everything that’s going on; as a result, he isn’t ready to move again, not when he has a friend in Emma and a father figure in Will. Norma managed to wriggle free of the Shelby situation when Romero cooked up an explanation that painted him as the good guy, but with their encounter last week being so confrontational, he’s not going to be around to help her again, not when he has nothing to gain from it. As such, she doesn’t have the weapons necessary to combat Jake and must find a way to make him leave White Pine Bay for good on her own. How is Norma going to handle the impending storm ready to hit her motel?

Elsewhere on Bates Motel, Dylan connects with Bradley, which Norman likely won’t take kindly to, while Emma goes on a trip.

Should Norma take Norman and leave White Pine Bay? How will she be able to outsmart Jake, if at all? Will Dylan getting closer to Bradley alienate him from Norman?