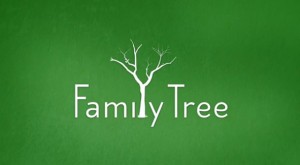 What makes you who you are? Is it the experiences you’ve had and the people you meet? Or how about things you internalize, from media to conversations and feelings? How much of a role does genealogy play in our makeup as a person? On the series premiere of Family Tree, unemployed and unattached Tom Chadwick will get to the bottom of his own personality and the mistakes of his forefathers when he’s left a mysterious box from a distant relative he never met. Within are photos, heirlooms, and clues that can be used to piece together his history and possibly provide him with the direction he needs in life. Where will his journey ultimately take him?

Elsewhere on Family Tree, Pete sets Tom up with a “model pretty” date, only for there to be no chemistry between the two and the talk quickly turning to dinosaurs. Tom was broken up with by his last girlfriend and with the search into his genealogy ongoing, he might not have time or desire to be with someone right now, despite Pete’s best efforts. But can he at least make a friend in his date?

The series premiere of Family Tree airs Sunday, May 12th at 10:30 on HBO. You can check out spoilers for the first four episodes here, as well as a preview here and a trailer here.

How far back will Tom be able to go in his genealogical search? What interesting facts and connections will he find about his family? Do you think the show will pair well with Veep?