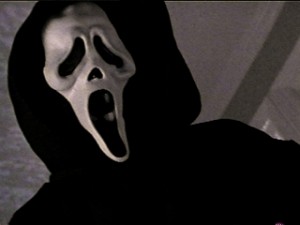 At its upfront presentation on Thursday, MTV announced that it would be moving forward with a pilot based on the Scream horror franchise. The project, currently without any attached writers or talent, will debut summer 2014, with Wes Craven in talks to direct the one-hour pilot. There’s no word on how the show would differ from the film series or the network’s other genre series Teen Wolf, though should the Scream series maintain the tone established by the films, it would fit in well with the Jeff Davis creation.

The network also picked up three reality shows, starting with Generation Cryo, a one-hour docu-drama that explores the issues faced by a new generation of kids coming of age who were conceived via anonymous sperm donors. Specifically, the show will follow 17-year-old Breeanna, who recently learned that she has at least 15 half-siblings all fathered by a man that none of them know. Now, she’s on a mission to meet each of her siblings and find her father.

Next is fellow docu-series Nurse Nation, which follows nine twenty-something travel nurses all assigned to work at a new hospital in a brand new city for 13 weeks. Considering how stressful their new positions are, with the life and death decisions that everyone in the medical profession has to face on a daily basis, it’s no wonder that they all try and take advantage of their time off as best they can, indulging in everything they can in their new host city. Finally, there’s The Hook Up, a dating show hosted by Andrew Schulz. Individuals looking for a match will choose from four potential suitors based on their social media history. With the help of their closest friends, the contestants will try to separate the contenders from the pretenders.

Additionally, MTV has officially renewed Jersey Shore spin-off Snooki & JWOWW for a third season after the show was the #1 original series in the time period across all TV for P12-34 as well as the #1 series in its time period across all TV for W 12-34. There’s no word yet on when it would likely return for another round of episodes, nor how much episodes we should expect of the former party monsters. It’s the first spin-off of the Shore to earn a second season, as The Pauly D Project never took off, but there’ll be another chance for America’s favorite guidos to score another victory when Vinny’s The Show with Vinny premieres May 2nd.

Elsewhere at the upfronts, MTV2 has brought back Nick Cannon’s Wild’n Out, which will debut its re-imagined form on Tuesday, July 9th at 11:00. Joining Nick will be celebrity team captains including comedians Kevin Hart and Lil DuVal of MTV2’s Guy Code, professional basketball player Amar’e Stoudemire, along with rappers Mac Miller, 2Chainz, Machine Gun Kelly, A$AP Rocky and Joe Budden. The network also announced the fall debut of Guy Court, a comedic courtroom series dedicated to upholding the laws of manhood, and that Mac Miller and the Most Dope Family will premiere its second season in early 2014.