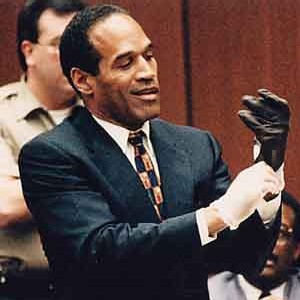 This just in from Fox Broadcasting:

“These are both epic stories – one fiction, one fact – that have captivated millions of people worldwide. They’re riveting and emotional, with unique historic backdrops that lend themselves to the high-quality, dramatic event series we’re looking to make,” said Shana C. Waterman, Senior Vice President, Event Series & Multi-Platform Programming, Fox Broadcasting Company. “Since we announced our first two projects, WAYWARD PINES and BLOOD BROTHERS, we’ve received an overwhelmingly positive response from the creative community, and we’re ecstatic to have feature talent like Michael DeLuca, Nigel Williams, Nina Jacobson and Brad Simpson working to bring these stories to life at FOX.”

SHŌGUN, based on the best-selling novel by James Clavell, opens a window into the brutal world of a rarely seen feudal Japan. Set in the 17th Century, the story is told from the perspective of British hero John Blackthorne, a sailor who rises from outsider to samurai, while being used as a pawn in Japanese leader Toranaga’s struggle to reach the top of the ruling chain, or Shōgun. A classic for the ages, SHŌGUN is both a cross-cultural exploration of Blackthorne’s journey away from the European way of life, and a star-crossed love story, as he falls for the magnificent Lady Mariko, the married confidant to Toranaga.

There are few truly unifying events in American life. When something happens that makes the entire country stop and take notice, we remember it forever. Everybody remembers where they were when O.J. Simpson, riding in a white Bronco, led the police on a low-speed chase all over Los Angeles. This marked the emergence of the 24-hour news cycle and the birth of reality television. Written by Golden Globe Award winners Scott Alexander and Larry Karaszewski (“The People vs. Larry Flint,” “Man on the Moon,” “Ed Wood”), THE RUN OF HIS LIFE: THE PEOPLE V. O.J. SIMPSON (wt) will take viewers behind the scenes of “The Trial of The Century,” driven by the nonstop plot of a courtroom thriller and presenting the story of the trial as it has never been told.

My initial thoughts on these are that SHŌGUN was an exceptional book and a mind blowing mini-series when it was produced in 1980. It was one of Richard Chamberlain’s many masterpiece roles, and he was the king of the miniseries during that decade. With the advances made over the past 30-odd years, an updated production should be able to it justice without ruining the memory and enjoyment those of us alive at the time got from the original.

It’s a great idea and I can’t wait to see what FOX has in store for us.

I wonder if as many people will show up for the People v. O.J. Simpson miniseries as did to watch the white Bronco amble down the highway. I can remember where I was when he was fleeing and wondering why he was on the run in the first place if he was innocent. It will be very interesting to see what route the series takes, if it will be told from the side of the people, the victim’s families, O.J. Simpson or an amalgamation of all available puzzle pieces. If they can really dig in there and use real evidence to show what was going on, when and why, it will be must-see TV.

Again, kudos to FOX for bringing it to life. My one hope is they remain unbiased in their portrayal and give all sides of the tragedy so we can formulate our own opinion. The news gives enough bias; now we have to look to fictionalized versions of journalism to dig out the truth. Yikes. I can’t believe I said that.

It will also be very exciting to see who they choose to play the pivotal roles in the case. If done well, it could make the career of a lesser known actor to portray O.J. Simpson, Marcia Clark, Nicole Brown Simpson, Ronald Goldman, Robert Shapiro, Johnnie Cochran and let’s not forget Judge Ito, who I once saw holding up that really old lobster at Gladstones in Malibu for a photo op. One degree of separation!