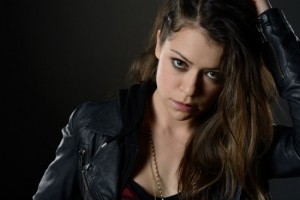 Fresh off the train and back in town after time away, Sarah wants to call her family, see her child, and return to some sense of normalcy. Her life in foster care hasn’t exactly been the most stable, but now that she has roots of her own, she’s pledged to do anything to protect them. Little did she know, stopping to make that phone call put her in a type of danger she never could have expected, as she witnesses a woman slowly disrobing before committing suicide by jumping in front of the train. A woman who looked exactly like her.

It turns out that Sarah and the woman (named Beth) are clones and to protect herself, Sarah has decided to assume Beth’s identity to find out what’s going on, how deep the conspiracy runs, and who she can trust. Although she’s constantly been on the move throughout her life, never settling down in one place for far too long, Sarah now has to settle into Beth’s routine and use her connections to gather information about the cloning. Were they the only clones that were made? If so, why were only two completed? If not, how many others are there and, more importantly, where are they hiding?

The series premiere of Orphan Black airs Saturday, March 30th at 9:00 on BBC America. You can check out trailers for the sci-fi drama here and here.

Will you be watching Orphan Black? How close will Sarah get to uncovering the secret behind the cloning during season one? Can she trust everyone in her life or is she going to discover that the conspiracy goes even deeper than she realized?