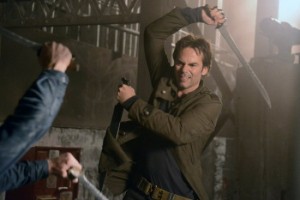 After recently revealing a slew of scheduling changes, NBC has now announced the season finale dates for its current slate of shows. From March 27th through June 27th, its regular season shows will be concluding, with six shows receiving extended finales: Whitney, The New Normal, The Office, The Celebrity Apprentice, Law & Order: SVU, and The Voice. Additionally, no night will see every show ending on the same date, with the Thursday comedies ending over four different weeks and Revolution signing off on the Monday after Memorial Day. Both The Voice and Hannibal will last until late June.

No confirmed finale dates were announced for Smash or Ready for Love, nor did Save Me receive a premiere date.

Which NBC show’s finale are you most looking forward to? How do you expect The Office to sign off after nine years? Should NBC air more finales on the same night or is spreading them out the wiser move?

EDIT: The season finales of both Chicago Fire and Revolution have been delayed. The former will now be airing May 22nd, allowing four episodes to fill the May sweeps period. The latter, due to the preemption facilitated by the Boston Marathon bombing, is set to end its first season on June 3rd.