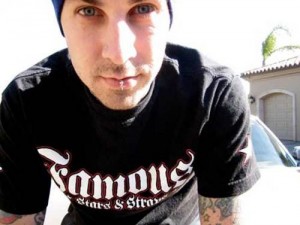 NBC has announced that blink-182 drummer Travis Barker and Tony winner Cyndi Lauper will appear on the season finale of America’s Got Talent. Barker is set to perform with acrobat troupe AcroArmy, while Lauper will collaborate with country singer Emily West on a musical duet.

The finale will also see Jennifer Hudson sing alongside child vocalist Quintavious Johnson; Lenny Kravitz share the stage with Miguel Dakota; and Train perform with Sons of Serendip. Mat Franco, meanwhile, will have a special celebrity guest appear to help him with an illusion.

The season finale of America’s Got Talent is set to premiere Wednesday, September 17th at 8:00 on NBC. The Mysteries of Laura will have a sneak preview air at 10:00 before moving into the 8:00 slot the following week.