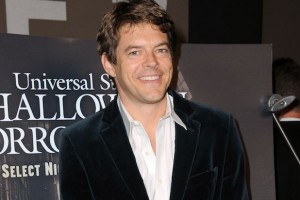 Deadline is reporting that NBC is in the process of developing a horror/sci fi anthology from Jason Blum (Insidious), Tony Krantz (Dracula), and Endemol Studios. The as-yet-untitled series has received a script-to-series commitment, meaning that should NBC approve the script from Radio Silence (attached writers Chad Villella, Matthew Bettinelli-Olpin, Tyler Gillett, and Justin Martinez), a series order would be handed out. The first season episode order is said to be for 10 episodes, while the series has drawn structural comparisons to The Twilight Zone for its stand-alone nature.

Interestingly enough, NBC recently gave a series order to fellow anthology drama Manhunt, though that series, from writers Whit Brayton and Zack Rice, will have a season-long arc rather than stand-alone episodes. Anthological dramas have become quite prevalent over the last couple of years, with American Horror Story, True Detective, and Fargo all reaping the critical and commercial benefits of luring big-name talent to the small screen and getting to tell more complex stories given the anthology structure. However, anthologies haven’t been hot on broadcast in quite some time and even a network with as much momentum as NBC has might not be able to turn it around at this point.

Should this anthology get a series order, it’ll be the third new drama of 2015 for NBC following Manhunt and Jennifer Lopez cop drama Shades of Blue.