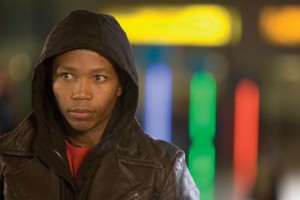 According to The Hollywood Reporter, NBC has ordered highly-touted anthology drama Manhunt straight to series. The pickup is said to be cast and script contingent, meaning that if NBC isn’t satisfied with the quality of initial scripts or can’t find the right people for the series, it doesn’t have to move forward with Manhunt.

To be written by Whit Brayton and Zack Rice, Manhunt will be directed by Tsotsi helmer Gavin Hood, with each season centering on an entire city dealing with the hunt for an escaped fugitive. Among the executive producers for the project are Michael Sugar (The Knick) and Nicole Romano (The Keeping Room).

Anthology dramas have had much success recently, albeit on cable; the likes of American Horror Story, True Detective, and Fargo have garnered critical praise, solid ratings, and notice from awards bodies, as each series won at least one Emmy this past August. However, the format has yet to break through on broadcast, meaning that Manhunt, should it make it to series, could be a litmus test to see just how conducive broadcast television is to the format.

Straight to series orders have become quite in vogue with the broadcast networks, thanks to their ability to negate pilot season worries about casting and the time crunch of script production once a show gets picked up. However, there have already been two cancellations this season – Hieroglyph and Emerald City, both of whom were ordered straight to series. Time will only tell whether Manhunt can do its part to halt this disappointing trend; if it doesn’t completely make it to series, it might cause the broadcast networks to reevaluate the abundance of straight to series orders and whether they’re really doing any god in the grander scheme of things.

Assuming the project passes the script and cast requirements set by NBC, will you be watching Manhunt? Are you surprised that broadcast has yet to embrace anthological dramas in the same way that cable has? Do you think this is a project that can work well within the anthology framework?