We still have a little better than a month before The Walking Dead returns, so naturally that means it is time for AMC to start twisting the knife.  What better way to kick things off than these two promo pics from the mid-season premiere.  In the first we are basically just getting a reminder of what the cliff hanger was.  Daryl and Merle facing down the very agitated populace of Woodbury.  Will the be executed right there?  Or excommunicated?  Does The Governor actually believe Merle was in on the attack, or is he just playing out his plan to install Merle as a mole at The Prison.  So many questions. 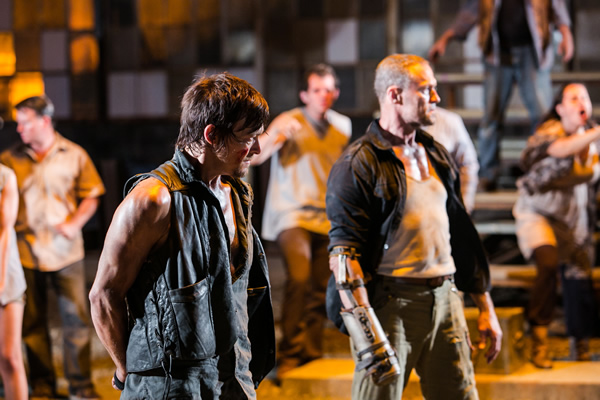 Number two also speaks for itself.  Rick and the Woodbury crew have arrived a little lite, and Daryl’s absence has obviously upset Carol;  the big question is, what is Rick telling Carol in this shot.  Does Rick intend to leave Daryl behind?  What’s the plan? Tune in February 10th for “The Suicide King” to find out. 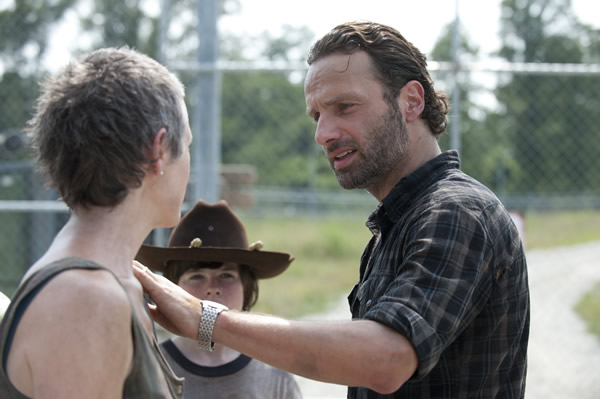