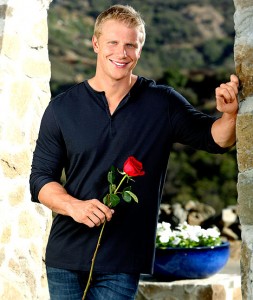 Tonight on the season premiere of The Bachelor, Sean Lowe will take the reigns as the next bachelor looking for love in what he hopes will be all the right places.

Lowe, who was previously on Emily Maynard’s season of The Bachelorette, was often touted as the “perfect man” even by Emily herself, which made his elimination from the show all the more shocking when he failed to even make it to the finale. Heartbroken after having fallen in love with Maynard only to find that he wasn’t even in her top two, he agreed to join The Bachelor because, after his experience the first time around, he believes that finding love, even on reality TV, is possible.

This time, with his fate in his own hands (and ABC’s, of course), the 29 year old Bachelor hopes to find the woman of his dreams that he can spend the rest of his life with. His requirements? According to an interview with Us Weekly, he just wants someone who wants to “start a family and have a house full of love and laughter.” Sounds simple enough, but as we’ve seen time and time again, it’s easier said than done. Good luck to you, Sean!

The Bachelor premieres tonight at 8/7c on ABC.