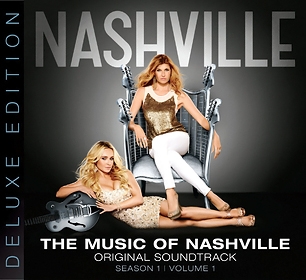 Nashville started strong, stumbled a bit and left us with a mid-season finale open for a lot of promise. At its heart. Nashville is an evening soap opera. With strong willed characters, deep seated loves, up and coming starlets versus veterans of the music of the industry, you couldn’t ask for a better setup. Throw in some politics, drug addled parents, and the allure of fame and it’s all there for the taking.

The best thing Nashville has going for it right now, outside it’s strong performances, are the singing talents of the actors on the show. When the characters – Juliette, Rayna, Deacon, Scarlett, Gunnar and Avery – take the stage, those are their pipes you’re hearing. ABC has also done a fantastic job merging social media with their marketing plan. Right now, I’m looping Juliette Barnes YouTube channel while typing this for effect. Damn if that Hayden Panettierre doesn’t fit right in with the best of the pop stars out there right now.

I already have the music from the first three episodes via iTunes, and have been anxiously awaiting the later songs, especially “Wrong Song,” the song Rayna and Juliette were forced to write together and perform to try to get their careers back on track. You can see that video at the bottom of the post.  I dare you to try not to enjoy it. 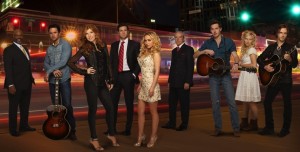 As we left Nashville last Wednesday, several developments were in the works.

Scarlett discovered booze, the magical elixir that takes a frightened muppet and turns her into a budding singing superstar. Songwriting, which she enjoys, isn’t the only thing on her mind any more, as the excitement of performing on stage has started to dig at her bones. That’s not the best timing for Gunnar, who took Avery’s departure for the great musical skies of Atlanta as a chance to make his heart known to Scarlett.

Deacon’s old band mates approached him to join up with them again, all swilling water and wearing their sober chips around their neck. His decision was to go on tour. Deacon has such a great heart and deserves success that isn’t tied to a woman’s heart for reasons outside of his talent. Whether he goes on that tour and what it means to his future with Rayna will be an interesting story to watch. She’ll find him so appealing as an adult standing on his own two feet. Watch out Teddy.

Rayna is saddled with the worst family in the world for a music star. A bunch of droll politicos, they lie and swindle their way through life, and her interest is to make art, entertain and capture the hearts of fans. It didn’t make any sense at all until we learned she only ended up with Teddy because Deacon took one too many trips to rehab and daddy stepped in to set her life on the right path. What a shame.

But Rayna has found a new strength in her music and, seemingly, in her personal affairs as well. She’s ready to start playing her own tune, not only on stage, but in her own home. No more meetings where Lamar ushers her out of the room so they can make plans for her life while she obliviously rotates around them. I like this new Rayna and I’m excited for what it means when Nashville returns.

Our little breakout sensation and LiLo wannabe, Juliette, certainly shook things up with a Hail Mary pass, didn’t she? I was a little disappointed to find the Tim Tebow designed character had such typical television Christian parents. That’s the easiest route to take, and it would have been more interesting to see them truly accept Juliette and welcome her. Somehow I think that would have been more difficult for her to acclimate to in the long term than one dinner before baring their falseness and fangs.

But it is what it is, and Juliette’s counterattack against a growling mama bear was to propose the marriage Sean needed to move forward in a relationship. If his parents really are as overpowering as they let themselves on to Juliette, he just might take her up on it.

What I’d like to see is a truce between Rayna and Juliette when they start their world tour. You know that’s coming. They have a lot more in common than they know, and Rayna might be just what Juliette needs in a mentor, friend and mother figure. In the industry, they would be unbeatable. Their music would appeal to generations, money would be pouring in and they’d form a bond that would outlast it all.

Dear Santa Khouri, if your listening, other than the Nashville Soundtrack and “Wrong Song” (squeee!), can you at least consider re-imagining the premise from a girl fight to more of a Thelma and Louise type of relationship? You’ve done it before.