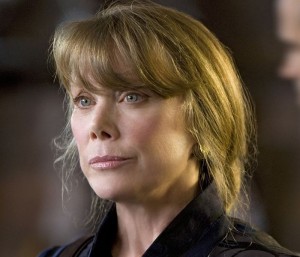 According to The Hollywood Reporter, Academy Award winner Sissy Spacek and Freaks and Geeks alum Linda Cardellini have signed on to Netflix’s upcoming psychological thriller series from the creators of Damages. Spacek is set to play Sally, the mother of a dysfunctional family whose secrets come to light when its black sheep returns home, while Cardellini will portray skilled attorney Meg, the youngest sibling in the family.

The series will be one of at least two new series for Netflix this year. The streaming service is coming off a big year for its original programming, notably House of Cards and Orange is the New Black, and is looking to further establish itself as something other than a secondhand purveyor of content. Also set to make its premiere on Netflix this year is sci-fi drama Sense8 from the Wachowskis, the second genre series to be produced by Netflix following Hemlock Grove.

Spacek’s prior television credits include a guest stint on Big Love and a string of television movies, while Cardellini has appeared on the likes of Mad Men and ER, in addition to lending her voice to Sanjay and Craig, Out There, and The Goode Family. They join a cast that features Emmy winner Kyle Chandler as the middle son of the family and The Dark Knight Rises alum Ben Mendelsohn as the black sheep.

Production on the series, which has yet to have its title announced, will begin next month in Florida. Further details about the series should be released in the coming weeks.

Does this series sound like something you would watch? Has the strength of the cast made you curious whether the rest of the show can measure up? Who else would you like to see join the cast and go up against the likes of Spacek, Cardellini, and Chandler?