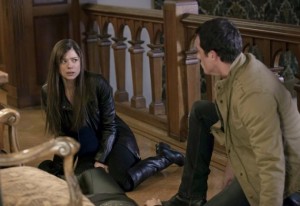 Cara never expected to be voted into the Tomorrow People’s catbird seat. Even though things with John have been rocky and her trust in him greatly diminished following the revelation of his ability to kill, she didn’t think that he would be ousted by a spur-of-the-moment vote from their increasingly frustrated ranks and that she would be left to bear the weight of responsibility for an entire race of people on her own. As such, the opening missions, days, and weeks of Cara’s reign as head of the Tomorrow People are bound to be rocky; she has to figure out how to move from second-in-command to leader and how to make those working under her respect her enough as a leader to go along with her plans.

On tonight’s episode of The Tomorrow People, Cara is forced to deal with the reemergence of nihilistic Julian, the man she spent her first days away from home with after being kicked out by her father. Ever since she found John and the Tomorrow People, Cara has done her best to run away from who she used to be, putting enough of a wall up between herself and other people to where no one knows the full extent of her experiences as a fledgling break-out. They only know Cara, the fearless leader who they trust enough to put their futures into the hands of, the warrior whose action-first mindset marks a direct contrast from John’s patience-focused approach to living life in an Ultra world. But with Julian reentering her life at arguably the most vulnerable time since The Tomorrow People began, a fuller picture of who Cara once was will become clearer to both the rest of her people and herself. The only question remaining, though, is whether Cara will be able to keep her head in the game with a dangerous reminder of her former self lurking around.

Elsewhere on The Tomorrow People, Stephen and his fellow Ultra trainees are given a test by Jedikiah, while Russell is sent on a dangerous recon mission and John works with the latest break-out.

The Tomorrow People airs tonight at 9:00 on The CW. You can check out spoilers for the next three episodes of the show here.

How will coming into contact with her former handler impact Cara’s leadership of the Tomorrow People? Do you think that Stephen’s performance in Jedikiah’s test will raise any red flags? Is John going to be able to handle his new role within the ranks of the Tomorrow People or is the demotion going to further distance him from Cara? 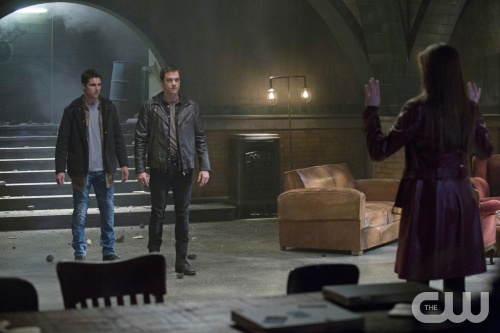 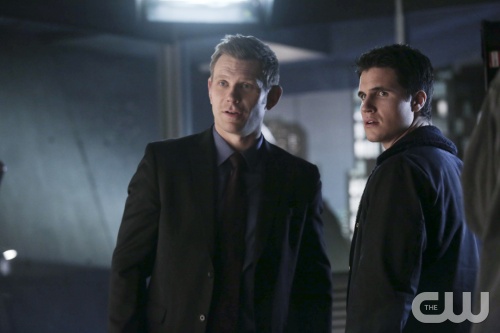