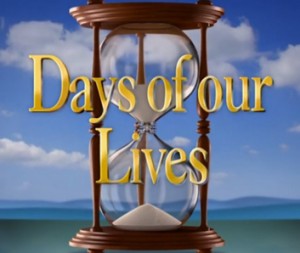 Right after Alison Sweeney announced her exit from NBC”s long-standing show, Days of Our Lives announced its renewal for two more seasons. NBC has booked Days till September 2016 as the network announced the extension of the soap opera for another two years. NBC will be celebrating the show’s 50th anniversary next year in November 2015 and the channel is thrilled to take its longest-running show Days of Our lives past its 50th season

Only yesterday night, Alison Sweeney, who has played the character of Sami Brady for more than 20 years, made an announcement on The Ellen DeGeneres Show that she will be quitting the show later this Spel pa spelautomater bidrar 100 % till omsattningskravet. year. The President of NBC Entertainment, Jennifer Salke said on this occasion that Days of Our Lives, being an ultimate favorite for the daytime fans, the network will be happy to complete 50 seasons of the Days. Well, that’s quite ambitious! She further mentioned that the show has an increased number of female viewers every year and it’s only due to the efforts and perseverance of the producers, cast, writers and the crew to retain the freshness in every episode with the amazing art of storytelling.

The Senior Executive-VP programming of Sony Pictures Television, Steve Kent also said that Days has won the Emmy award for outstanding daytime drama show and has always been successful in delivering the legacy of quality storytelling, something this show has always been known for. Well, we have to agree with Steve there.

It’s amazing to have a look at the journey of this epic drama, which was premiered in the year 1965 as a half-hour show. As of now, Ken Corday is the executive producer of the daytime show, which is produced by Corday Productions Inc., in association with Sony Pictures TV.