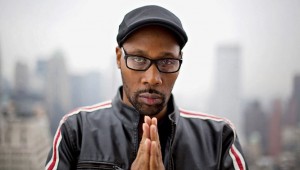 FOX has announced spring premiere dates for 24: Live Another Day, Surviving Jack, Gang Related, and Cosmos: A Spacetime Odyssey. The latter, a 13-part successor to the original Carl Sagan series, is set to bow Sunday, March 9th at 9:00, with an encore airing March 10th at 10:00 on National Geographic Channel. Cosmos: A Spacetime Odyssey will be hosted by  renowned astrophysicist Dr. Neil deGrasse Tyson.

As a result of Cosmos being aired on Sundays, the animated comedies will be shifted around, with Bob’s Burgers moving to 7:00, American Dad! to 7:30, and Family Guy to 8:30. The Simpsons will remain at 8:00.

Surviving Jack will makes its series premiere Thursday, March 27th at 8:30 following a half-hour American Idol results show. Set in the 1990’s, the comedy stars Christopher Meloni as a man raising his teenage son (Connor Buckley) in Southern California and features the likes of Rachael Harris, Claudia Lee, and Kevin Hernandez. FOX has made mention of a half-hour Idol results show for years, though, so there’s always a chance that plans could change and Surviving Jack could be on the move. 24, meanwhile, returns on Monday, May 5th at 8:00 with a two-hour premiere that finds Jack Bauer looking to thwart an impending terrorist attack in London. New to the cast for the 12-part event are Yvonne Strahovski, Giles Matthey, Gbenga Akinnagbe, Michael Wincott, and Academy Award nominee Judy Davis.

Finally, crime drama Gang Related is set to launch Tuesday, May 20th at 9:00 following part one of the American Idol season finale. Created by Chris Morgan (Fast Five), the series stars Ramon Rodriguez as Ryan Lopez, a rising star in Los Angeles’ elite Gang Task Force. Along with Sam Chappel (Terry O’Quinn) and Cassius Green (RZA), Ryan looks to take on the gangs of Los Angeles, including the one he swore allegiance to as a boy. In addition to Rodriguez, O’Quinn, and RZA, Gang Related will feature the likes of Jay Hernandez, Cliff Curtis, and Sung Kang.

Jason Ritter comedy Us & Them, which was effectively cancelled last fall with its reduced episode order, has yet to receive a premiere date.