HBO will be premiering new documentary special The Battle of AmfAR Monday, December 2nd at 9:00. Directed by Rob Epstein (Common Threads: Stories from the Quilt) and Jeffrey Friedman (The Times of Harvey Milk), the documentary tells of the creation of AmfAR (American Foundation for AIDS Research) by actress Elizabeth Taylor and research scientist Dr. Mathilde Krim, the latter becoming fascinated by unusual cancer cases that were being found in and subsequently killing gay men. When Taylor lost good friend Rock Hudson to the disease, Krim struck up a friendship with her and Taylor immediately accepted the request to join the fledgling foundation, becoming the public face of the cause and giving it traction with a certain sect of Americans.

You can check out a brief preview of The Battle of AmfAR below, as well as key art for the special released by HBO.

Will you be watching The Battle of AmfAR? How much do you know about the creation of the research foundation? Are we remotely close to coming up with a cure for HIV/AIDS? 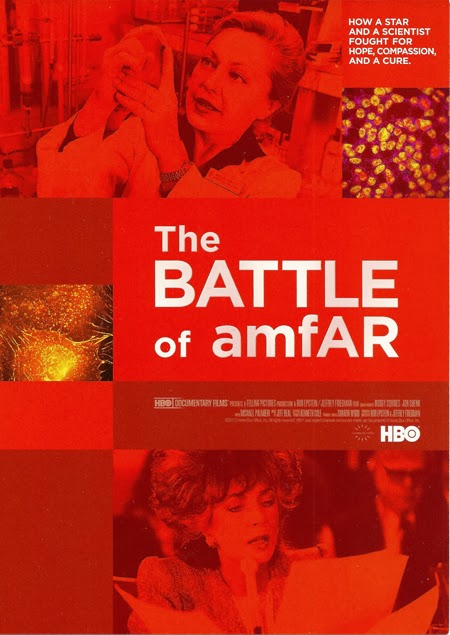