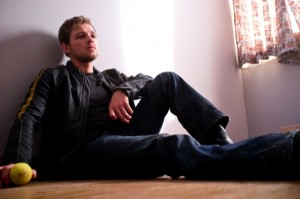 Norman has every reason to shut down. His father’s untimely death led him and Norma to move to a new town to get a fresh start, where she was raped and killed her attacker, who they promptly disposed of in the lake. He might have made a couple of connections at school in Bradley and Emma, but things are weighing heavily on Norman and thus far on Bates Motel, he’s done a fine job of staying strong and remaining hopeful for his future. But how long can he keep it up before letting everything get to him?

On tonight’s episode of Bates Motel, it all proves to be too much for Norman to handle, as he blacks out and ends up in the hospital as a result. While the team of doctors and all those close to him are busy trying to figure out what brought on the episode and whether it could be something to keep watch on, Norma sneaks him out of the hospital; judging by the preview below, though, Norman might be better off somewhere safe, considering Emma wants them to go to the police about the notebook he found. Though her heart might be in the right place, Emma turning the notebook over to the authorities would be the worst thing that she could do. White Pine Bay is a town so heavily shrouded in secrecy that bringing anything to anyone’s attention can only put you in danger; what if, for example, Detectives Shelby and Ramos were involved in the incident depicted in the journal? What if they know who did it? It’s too dangerous of a possibility to make surrendering the notebook a viable option, but could Norman and Emma investigate the contents themselves?

Elsewhere on Bates Motel, Dylan learns that there’s more to his new job than he expected, while Emma and Norma make a surprising discovery.

What would happen if Emma did take the journal to the police? Why exactly is Dylan in White Pine Bay? Will the blackout that Norman suffers become a regular occurrence?