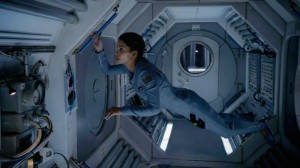 CBS has announced that the season finale of sci-fi drama Extant has moved up a week. Originally, the series, which stars Oscar winner Halle Berry as an astronaut who returns to Earth after an extended mission, was to conclude September 24th, but now it will wrap its first season Wednesday, September 17th at 10:00.

As a result of the change, the network will be airing 90-minute episodes of its reality heavy hitters on September 24th, with the season premiere of Survivor running until 9:30 and leading into the season finale of Big Brother 16. The move makes sense considering Extant‘s time slot downgrade and the fact that they might not want to use the Survivor lead-in on something that was already underperforming. More importantly, Survivor and Big Brother should make for an especially strong night during Premiere Week, something that’s bad news for NBC’s lineup, which premieres the week prior, and FOX’s lineup, which premieres September 10th. CBS would rather risk damage to Extant and inflict its own damage on the competition rather than give Extant a boost that might not get it to renewal status and allow the likes of Red Band Society and The Mysteries of Laura to gain an audience in the absence of huge competition.

Have you been watching Extant? Who do you think is the favorite to win Big Brother? What would you like to see from Survivor this coming season?