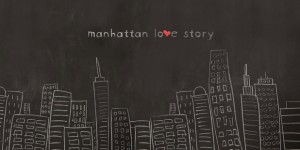 Every fall, television fans are forced to deal with an avalanche of new scripted programming in addition to their returning favorites. Though broadcast networks have gotten better about spreading out premieres and giving their new content appropriate sampling, the amount of new content can still be difficult to parse through, especially when there are shows that you can tell are already on shaky ground. TVHackr has taken the opportunity to spotlight one such new fall series on each network – series that might have an incompatible lead-in, series that don’t fit in with the vision of their network, series that could be on a short leash and vulnerable to a quick cancellation.

Are these the only new shows that could face difficulty in finding an audience? Not at all, but in the interest of brevity, TVHackr only looked at what they believe to be the most vulnerable new show on every broadcast network at this point in time. The positives and negatives of each show’s respective situation were weighed, with appropriate scheduling advice and extended trailers included, as well.

Jane the Virgin (The CW)
Premiere Date: Monday, October 13th
Premise: An ambitious 20-something gets accidentally inseminated with her boss’s baby.
The Bright Side: Jane the Virgin is one of the more distinct offerings of the fall with its clean, pastel-flavored color palette and unique (to say the least) premise, so it could get a decent amount of people curious about how this will all come together. Plus, with its diverse cast, it could tap into an underserved audience.
However: It’s unlike anything else on the network and it’s not as if genres lacking supernatural/genre elements have been doing gangbusters on The CW, anyway. There’s also the matter of its incompatible lead-in and the fact that people could reject it based on the premise alone.
Where It Should Have Been Scheduled: Fridays, along with America’s Next Top Model. The Originals might have a higher W18-49 rating than America’s Next Top Model, but that might not matter considering the smothering competition on Mondays, something that could keep Jane from gaining any traction. Top Model seems likely to have a better audience flow with the telenovela-inspired dramedy and Jane could stick out even more on Fridays, which are heavy on procedurals and family comedies.

Scorpion (CBS)
Premiere Date: Monday, September 22nd
Premise: An IT genius recruits other geniuses to help solve complex crimes.
The Bright Side: Scorpion looks to be a younger-skewing take on the tried-and-true CBS crime drama. After falling in the 18-49 demo last season and with their major franchises not getting any younger, CBS needs to de-age while remaining true to itself, which Scorpion could provide.
However: Scorpion has the unenviably task of being the series that caused CBS to shrink the Monday comedy bloc that’s been in place for decades, so the network could get a little gun-shy about the change if ratings don’t seem especially promising, especially since Mike & Molly is on the bench. Plus, CBS doesn’t have as much luck when it tries to step outside its dramatic comfort zone, meaning that Scorpion might not have as high a ceiling as other series.
Where It Should Have Been Scheduled: Summer. It could be a decent fit alongside Hawaii Five-0 on Fridays, but it would disrupt the night due to the incompatibility with Blue Bloods; as a whole, the show just isn’t prototypically CBS enough to work in-season, as Sundays are very female-skewing and Tuesdays through Thursdays are set. CBS has attempted to expand their portfolio in the summer with genre fare like Under the Dome, so an male-skewing action-y drama like Scorpion wouldn’t have been too much of a reach.

Bad Judge (NBC)
Premiere Date: Thursday, October 2nd
Premise: A hard partying judge is tasked with raising a little boy whose parents she put behind bars.
The Bright Side: Kate Walsh is a television star; Bad Judge lead-in The Biggest Loser found new life last season in a similar one-hour format; and NBC has a success in About a Boy that is basically a gender-flipped version of this premise.
However: NBC learned firsthand with Michael J. Fox and Sean Hayes that television stars can’t carry a series on their name alone; The Biggest Loser might not be as potent without The Voice pre-tune in; and Bad Judge will be running up against red hot Scandal, a female viewer magnet that could drastically lower the NBC comedy’s ceiling. Plus, Bad Judge is already scheduled to be moved from Thursdays in February, so NBC might not have it on a long ratings leash.
Where It Should Have Been Scheduled: Either Tuesdays with About a Boy or sometime midseason. As mentioned, it’s similar in premise to About a Boy and Bad Judge seems broad enough to take advantage of the hefty lead-in from The Voice; if it were to fail, Boy has shown itself sturdy enough to protect Chicago Fire. But with The Blacklist lingering over NBC Thursdays, Bad Judge might have been better off if NBC has slotted the final season of Parks & Recreation at 9:00 and jumped into the best available slot come January/February.

Utopia (FOX)
Premiere Date: Tuesday, September 7th
Premise: Fifteen people leave their lives behind and attempt to build the perfect society.
The Bright Side: Utopia is getting a jump on the fall season with its early premiere, which could help with casual tune-in and allow it to have some breathing room to find itself. It has a splashy enough concept to make some noise, particularly if FOX were to get behind it and not panic if it’s not a breakout hit.
However: Utopia is airing two nights a week and not even two consecutive nights – Tuesdays and Fridays. Big Brother can manage that in the summer because of the lack of competition and its dedicated audience, but asking people to sample a new show two nights a week that far apart? It doesn’t help that the Tuesday edition runs head-on into NCIS and The Voice or that FOX Tuesdays collapsed last season, so Utopia will be paired with an ailing New Girl and The Mindy Project, hits only when you look at sub-demos and L+7 ratings.
Where It Should Have Been Scheduled: Fall Wednesdays, with two-hour episodes. Summer would’ve also been an acceptable option, but FOX needs something to make noise in the fall and the way to do that isn’t to split up a show that could generate buzz if treated properly. Keeping it confined to fall Wednesdays for a first season would concentrate its audience and allow the show to act as a seat warmer for the next season of American Idol; the format might be designed for a continuous string of episodes, but it’s a show that would benefit from a truncated order and a concrete ending, even if it were to expand for a potential second season.

Manhattan Love Story (ABC)
Premiere Date: Tuesday, September 30th
Premise: A new couple’s internal monologues get exposed.
The Bright Side: Manhattan Love Story seems like something ABC audiences could take to, as the network isn’t afraid of a little romance or of simply focusing on the relationships that exist between two people. The counterprogramming against NCIS and The Flash could end up working, especially if lead-in Selfie manages to properly self-start.
However: Manhattan Love Story won’t have the luxury of compatible pre-tune in thanks to its Marvel’s Agents of SHIELD lead-out and it doesn’t seem like a series loud enough to cut against the cluttered television landscape and stand out against a full network slate, not without some help from either side of its night. The voiceover gimmick feels like something that will be polarizing at best and the thing that keeps the show from being sampled at worst. The show has a less known cast (Jake McDorman, Annaleigh Tipton) and creator (Jeff Lowell) than Selfie and if it comes down to saving one comedy from the Tuesdays-at-8:00 death trap, ABC will more than likely save the much louder Emily Kapnek comedy over Manhattan Love Story.
Where It Should Have Been Scheduled: Midseason Mondays following The Bachelor. ABC continues developing romantic comedies and sticking them on the wrong night, for some reason, so while comedy at 10:00 is extremely risky, something like Manhattan Love Story seems tailor-made for a pairing with the venerable reality-dating series. It could be a little edgier than it’ll be able to at 8:30 and it would be solid counterprogramming to what the other broadcast networks will be offering in the same slot, thus allowing Castle to use its remaining strength in a more pressing time period.