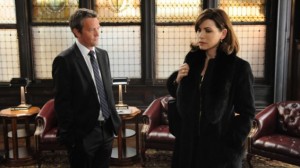 CBS has become the fourth broadcast network to release its 2014-2015 schedule and the usually conservative network has made a huge amount of change, completely remaking their Sundays and Mondays while shipping off old favorites and unveiling plenty of new content. Among the notable moves are The Amazing Race assuming the Undercover Boss Friday slot after an underwhelming season, Madam Secretary being the first CBS drama to launch on Sundays in years, and the CBS Monday comedy lineup getting cut in half for the first time since the 1980s. The new series premiering this fall including family comedy The McCarthys and crime dramas Stalker and NCIS: New Orleans.

New shows are capitalized, with final seasons noted as such. You can check out trailers here.