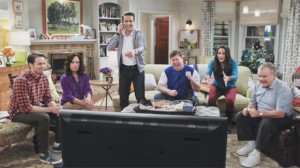 CBS has released trailers for five of its eight fall shows, with recasting on The Odd Couple preventing footage from being released and CSI spin-off CSI: Cyber already having aired its pilot. Cop drama Battle Creek, meanwhile, should debut this midseason. Among the shows with first looks released are family comedy The McCarthys, police thriller Stalker, and political drama Madam Secretary.

Which CBS trailer looks the most promising? Will you be watching both new spin-offs? Do you think The McCarthys will fit in with the rest of CBS’ Thursday comedy lineup?