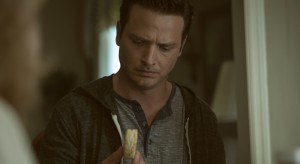 Ever since he came out of his coma, Daniel has been struggling with the boundaries set upon him by his family. He realizes, after nearly having the life he’d see again snatched away, that he’s got to make the best use of the time that he has and that doesn’t mean sitting around the house and reading. He’s got to experience life and make up for the 20 years he was behind bars, familiarizing himself with what’s out there in a bid for assimilation, but the hard turn that he made when he went to Lezley’s party might be too much, too soon and overwhelm him to the point of madness.

On tonight’s episode of Rectify, Daniel goes out on a mysterious errand and winds up missing, which gets at the fears that Amantha and Janet have about leaving him alone. While they recognize that he has to spread his wings a bit, they’ve almost lost him twice already and neither of them are emotionally prepared for a third such instance, meaning that this disappearance could adversely impact the Holden family in ways that will reach deeply. For two decades, Daniel Holden thought that he would never see his family again, that his days with those he loved were over, yet now that he has the chance to make up for lost time and grow closer to those who fought so hard to get him off of death row, his attention is now on the outside world and those not looking out for him.

Elsewhere on Rectify, Amantha decides to take her relationship with Jon public, while the family surprises Janet with unexpected birthday presents.

Do you think Daniel will make it home safe and sound? Will Amantha come to regret going public with Jon? Is Janet’s birthday going to bring the Holden family together?