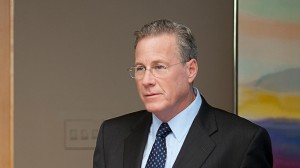 TVLine is reporting that Prison Break alum John Heard has joined the cast of ABC summer soap Mistresses. He’s set to appear in an episode of the series later this year as Bruce, Savi’s painfully awkward father – the man who walked out on her and Janet all those years ago. The reason for their meeting, though, isn’t quite so joyful, with Bruce said to expose a secret that will change the way Savi looks at her life.

The character description seems to point toward Savi discovering that Bruce isn’t her biological father, a cruel twist of fate considering her own paternal woes last season. While Savi might not have the best relationship with her father, what relationship she does have with him has informed the way she looks at herself, the way she handles romantic relationships, and the way she views her family as a whole, so learning that the man she thought was her father wasn’t should cause her to reevaluate everything in her life. Self-reflection might be a good thing, but this much at once could have negative implications for Savi’s relationships with her loved ones, her opinion of herself, and the way she cares for her young child.

In addition to his role on the FOX drama, Heard has appeared on the likes of Perception, Person of Interest, and The Chicago Code.

How do you think Savi will react to the bombshell her father drops on her? Will what she learns change the way she looks at and interacts with Joss? Is this some sort of karmic retribution for her paternity uncertainty during season one?