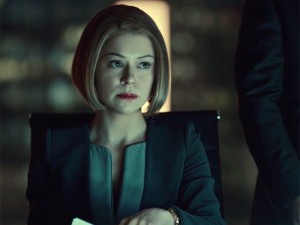 Two things ground Sarah Manning: her foster brother Felix and her daughter Kira. With all the clone business going on around her, including the revelation that a barcode has been imprinted on her DNA, Fee and Kira are the only things keeping Sarah sane, which makes the kidnapping of the latter all the more painful. But not only is Sarah having to frantically search for her source of calm in an increasingly frantic world, she’s having to protect Kira from those who wish to do her harm, since the clones weren’t supposed to be able to reproduce.

On the season premiere of Orphan Black, Sarah begins her search for Kira and it seems as if she’s going to have to go through Rachel Duncan in order to find her daughter. When Sarah calls Paul looking for help, Rachel answers and reiterates where the two stand – if Sarah comes in to meet with her, she’ll give up Kira’s location and reunite Sarah with her daughter. However, Sarah has never been a trusting person and she knows to keep Rachel at arm’s length, even if the pro-clone is dangling Kira in front of her; that turns out to be a good decision as two men come into the diner Sarah’s hiding out at and try to abduct her, killing the owner in the process. As much as part of Sarah wants to believe Rachel, to throw herself at the mercy of the pro-clone and get her daughter back, she’s going to have to go about finding Kira another way, even if Alison and Cosima aren’t in the best state right now.

Elsewhere on Orphan Black, Alison’s attendance of Aynsley’s funeral, and continued guilt over her role in her friend’s death, causes her to sink further into despair.

When do you think Sarah will be reunited with Kira? Will it take her surrendering herself to Rachel before said reunion could happen? How will Alison move on after what happened with Aynsley?