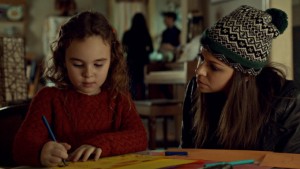 While Sarah is busy trying to track down Kira after she was abducted from Siobhan’s, she’s also being blackmailed by Rachel, who won’t help Cosima unless Sarah comes in for a meeting, and dealing with the recent revelation that each of the clones have a barcode embedded into their DNA. In order to defeat whatever enemy stands before them and figure out the depth of the experiment they were a part of, Sarah is going to have to put Alison and Cosima ahead of nearly everyone and everything else in her life, especially considering that she doesn’t know if there are any more clones out in the world. The best case scenario? She and Fee are able to locate Kira fairly quickly and bring her home without taking too much damage in the process? The worst case scenario? At this point, Sarah doesn’t even have time to consider the potential fallout from the chaos she and the rest of the clones are about to undergo in the name of answers.

Joining the show this season will be Patrick J. Adams (Suits) as Jesse, a regular guy whose life gets turned upside down after he comes into contact with the clones; Michiel Huisman (Treme, Nashville) as resourceful woodsman Cal, who becomes something of a love interest for Sarah; Peter Outerbridge (Nikita) as Hank, the leader of a sect of former Prolethean followers; and Ari Millen (Rookie Blue) as Mark, one of Hank’s lackeys who soon finds himself in pursuit of the clones.

Will you be watching Orphan Black this season? How long will it take Sarah to get Kira back and help Cosima? Do you think we’ll see any new clones during season two?