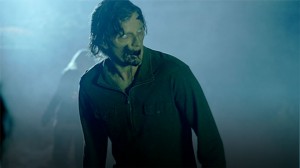 Syfy has announced that 13-episode zombie drama Z Nation has been ordered to series.

Chris Regina, Senior Vice President, Programming, Syfy, said: “Z Nation is a unique new journey into the long established zombie genre. Instead of existential despair, the series offers hope that somehow, some way, humanity will not only survive, but triumph. In producing their first ever weekly series, our long-time partners The Asylum have created a different way of telling an iconic story.”

From The Asylum (Sharknado), Z Nation takes place in a world where the zombie virus has gutted the human population for three years. A team of everyday heroes is tasked with transporting the only known survivor of the plague across the country to a lab where his blood would be studied and a cure would be sought. However, what the team handling him doesn’t know is that he has a secret that threatens each and every one of them. No casting has been announced as of yet.

It’s been a busy time for Syfy, as the network has quickly been replenishing its ranks following the conclusion of Being Human. The network has recently picked up a second season of Ron Moore’s Helix, as well as ordered mythology drama Olympus, space opera event series Ascension, and an adaptation of Bruce Willis feature 12 Monkeys to series. The next new scripted series the network will debut is Dominion, an adaptation of 2010 feature Legion, on Thursday, June 19th.

Z Nation will premiere sometime this fall on Syfy.

Will you be watching Z Nation? Do you think all the recent series orders mean bad things for Bitten and Lost Girl? Are you excited about Syfy going back to harder science fiction in the vein of Battlestar Galactica?